Search
Close
Can't find what you're looking for? 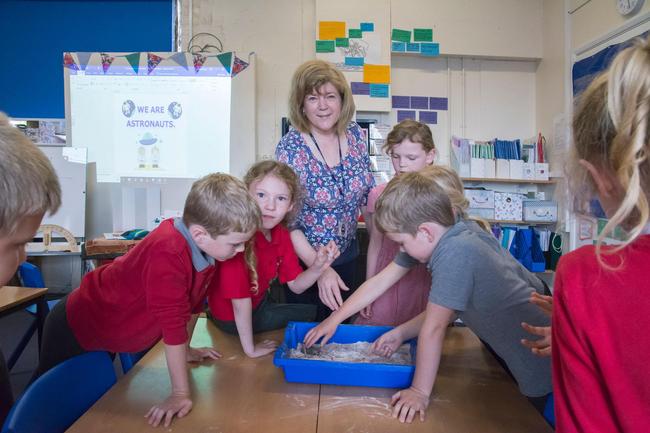 The most exciting phrase to hear in science, the one that heralds new discoveries is not ‘Eureka!’ but ‘that’s funny….’

Science stimulates and excites pupils’ curiosity about phenomena and events in the world around them. It also satisfies this curiosity with knowledge. Because science links direct practical experience with ideas, it can engage learners at many levels.

Scientific method is about developing and evaluating explanations through experimental evidence and modelling. This is a spur to critical and creative thought. Through science, pupils understand how major scientific ideas contribute to technological change – impacting on industry, business and medicine and improving quality of life.

Pupils recognise the cultural significance of science and trace its worldwide development. They learn to question and discuss science-based issues that may affect their own lives, the direction of society and the future of the world.

Inline with the new primary curriculum our science scheme follows the broad areas of physics, chemistry and biology strands with exciting science topics such as Earth Rocks! We are Evolving! and How does your garden grow? The standard of our science is very high at Aston and Cote.

This year we had a special “Out of This World” STEM week. To fire our curiosity, the whole school went on a trip to ‘We The Curious’ in Bristol which is a bit like an indoor festival with all sorts of different experiences. The children could interact with exhibits and take part in experiments with no boundaries between science, art, people and ideas.

During Science Week, we had lots of visitors who came to talk to us about their roles in science or engineering and some even ‘wowed’ us with experiments such as making elephant’s toothpaste and flames of various colours.

Each class then began to compile a list of questions they would like to investigate; Year 1 investigated how they could make a self-powered moon buggy and Year 4 investigated if weight and mass had an impact on the size of craters. It was a week filled with investigations, observations, research and “wows”.

Unfortunately not the ones with chocolate chips.

Some cookies are necessary in order to make this website function correctly. These are set by default and whilst you can block or delete them by changing your browser settings, some functionality such as being able to log in to the website will not work if you do this. The necessary cookies set on this website are as follows:

Cookies that are not necessary to make the website work, but which enable additional functionality, can also be set. By default these cookies are disabled, but you can choose to enable them below: